By Patrick Aleo & Maria Pruzhinskaya, on behalf of the SNAD team 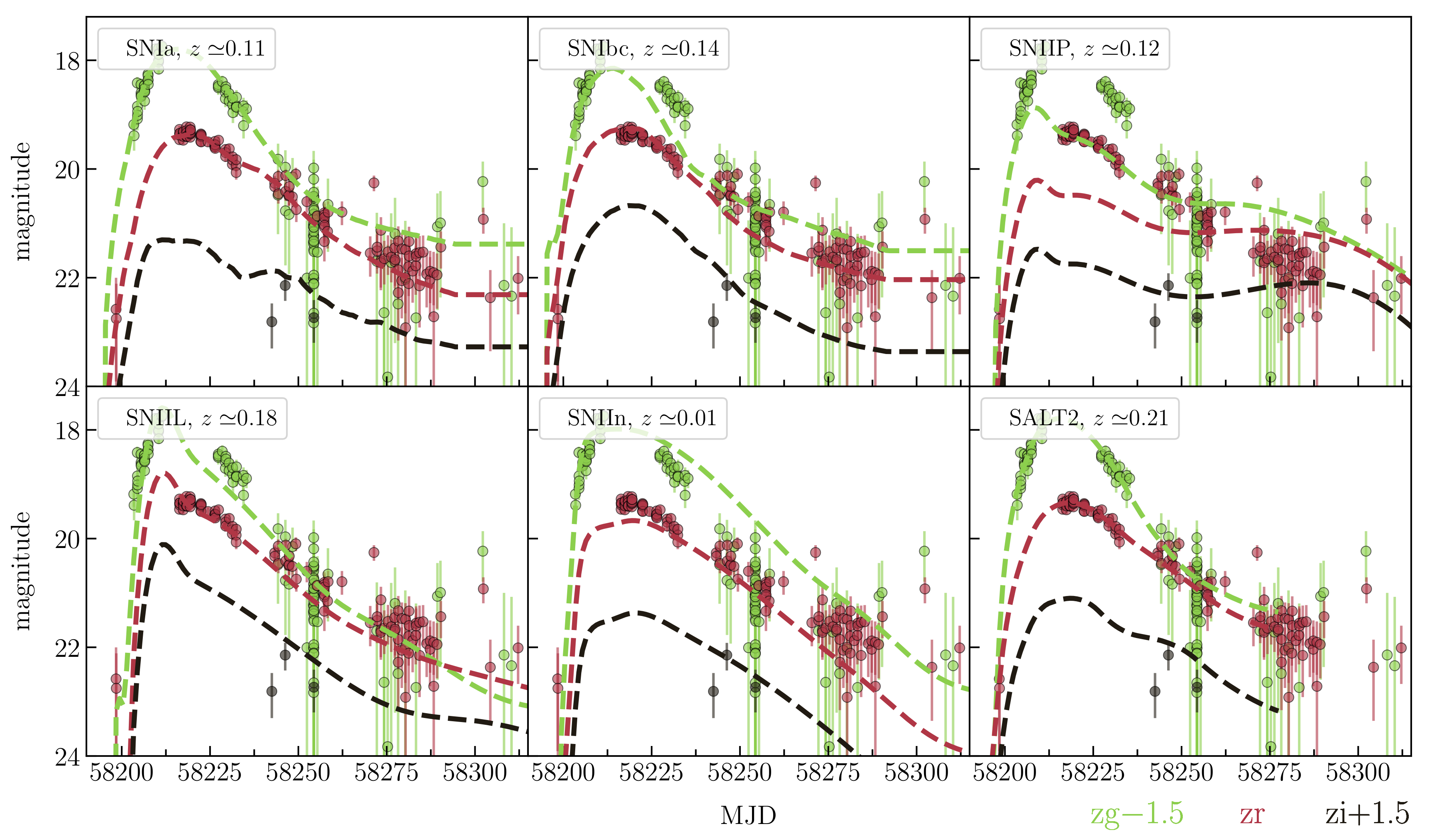 One of the main achievements of the SNAD-IV workshop (17-24 October 2021, Bri­ançon, France) was the creation of a transient miner and its application to the Zwicky Transient Facility data release. Our strategy employed 41 physically motivated features extracted from 7 simulated transient light curves as well as from real ZTF data, comprising ~1 million objects. These features were used as an input to a k-D tree algorithm, from which we calculated the 15 nearest neighbors.

By visually inspecting 105 total source matches, we identified 11 transients, all of them observed in 2018 and absent from public catalogs. Among these, 7 possible supernovae and 4 AGN candidates, the majority of them with light curves containing several observed epochs before maximum brightness. Three sources were not part of the ZTF alert stream despite being as bright as the others and holding a considerable number of pre-maximum observations. Given the importance of early detections in astrophysical investigations, and their potential to trigger further spectroscopic follow-up, it is paramount to prevent similar future losses by bringing attention to these missed transient events.

Details of the analysis are given in Aleo et al., 2021 submitted for publication to the New Astronomy journal.

This is the first result from this workshop but others are currently being finalized. Stay tuned!